369 W. Grand apartments is a new rental building from Canadian developer, Onni Group, at the site of the former Clark and Barlow Hardware Store. Upon completion, 369 W. Grand will provide 365 apartments in a glass-clad 41-story tower in Chicago’s River North neighborhood. 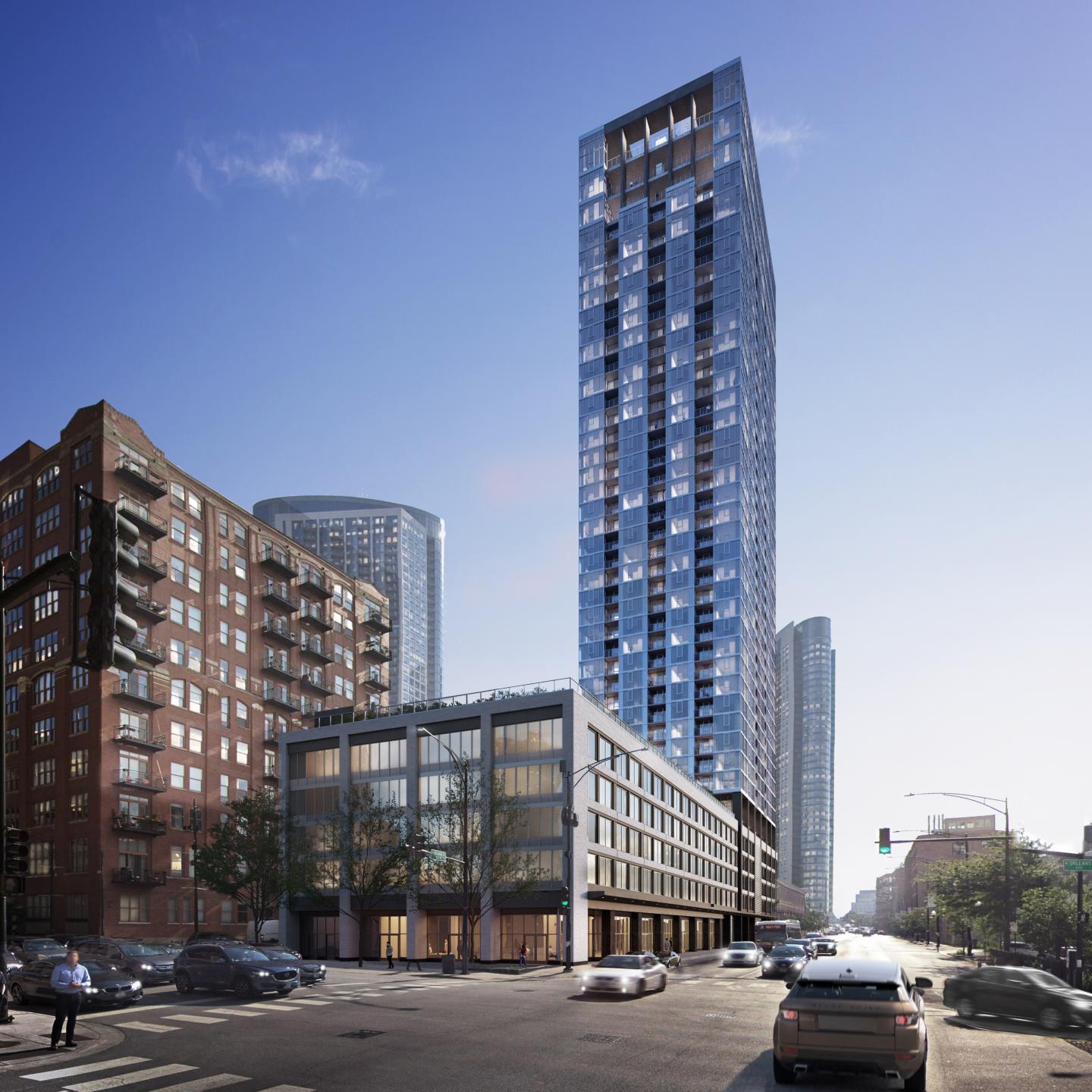 A rendering of 369 W. Grand apartments

Onni Group is also the developer behind The Hudson, just a few blocks north of 369 W. Grand, and the multi phase Old Town Park development.

The River North neighborhood is just across the Chicago River from the Loop. Known for its high concentration of restaurants, music venues including the House of Blues, and art galleries as well as its vibrant nightlife scene, River North is a go-to neighborhood for a night out. River North is also home to Merchandise Mart, world-class architecture, and design studios. River North offers convenient access to both interstate 90/94 (Kennedy Expressway) and Lake Shore Drive as well as the brown, purple, and red line trains which run through the Loop and north through Lincoln Park past Northwestern University in Evanston.

Looking for luxury apartments for rent near River North? Contact us today! One of our neighborhood experts will be happy to answer your questions. We are now offering virtual, self guided, and in person apartment tours. Be sure to ask about any move in specials!