New construction has been plentiful for the past three years in the West Loop and the development boom isn’t showing signs of letting up in 2019. Here’s what’s coming to the West Loop in 2019.

Union West will consist of two 15-story mixed-use buildings. The towers will be connected by a landscaped roof terrace which will sit above retail space and parking.

According to the architect, the exterior design was inspired by the existing feel of the neighborhood.  “The brick base and masonry frame mid-section relates to the West Loop’s industrial feel, while the top glass portion provides a light and airy impression, offering expansive views to the city. The tower’s top roof terraces look toward the city, allowing a direct communication of the project to Chicago’s downtown Loop” according to BkL.

Union West will be located two blocks from the Morgan green line station and one block from the the lively restaurant row on Randolph Street.

180 N Ada will be a 14-story, 263-unit luxury rental building with a modern design and L-shaped exterior.

Current plans show that 180 N Ada will have multiple amenity areas including a second floor pool, fitness center, resident lounge, outdoor grilling space and green roof. The tenant who will occupy the 2,500 square feet of retail space is yet to be determined.

Milieu will be a 20-story mixed-use luxury high rise with 275 rental units and 13,000 square feet of retail space. Apartments will include studios, 1 beds, and 2 beds. The boutique style building will be amenity-rich with abundant nearby green space at Mary Bartelme Park. This project is a joint venture between White Oak, Crayton Advisors and Pacific Life Insurance Company. 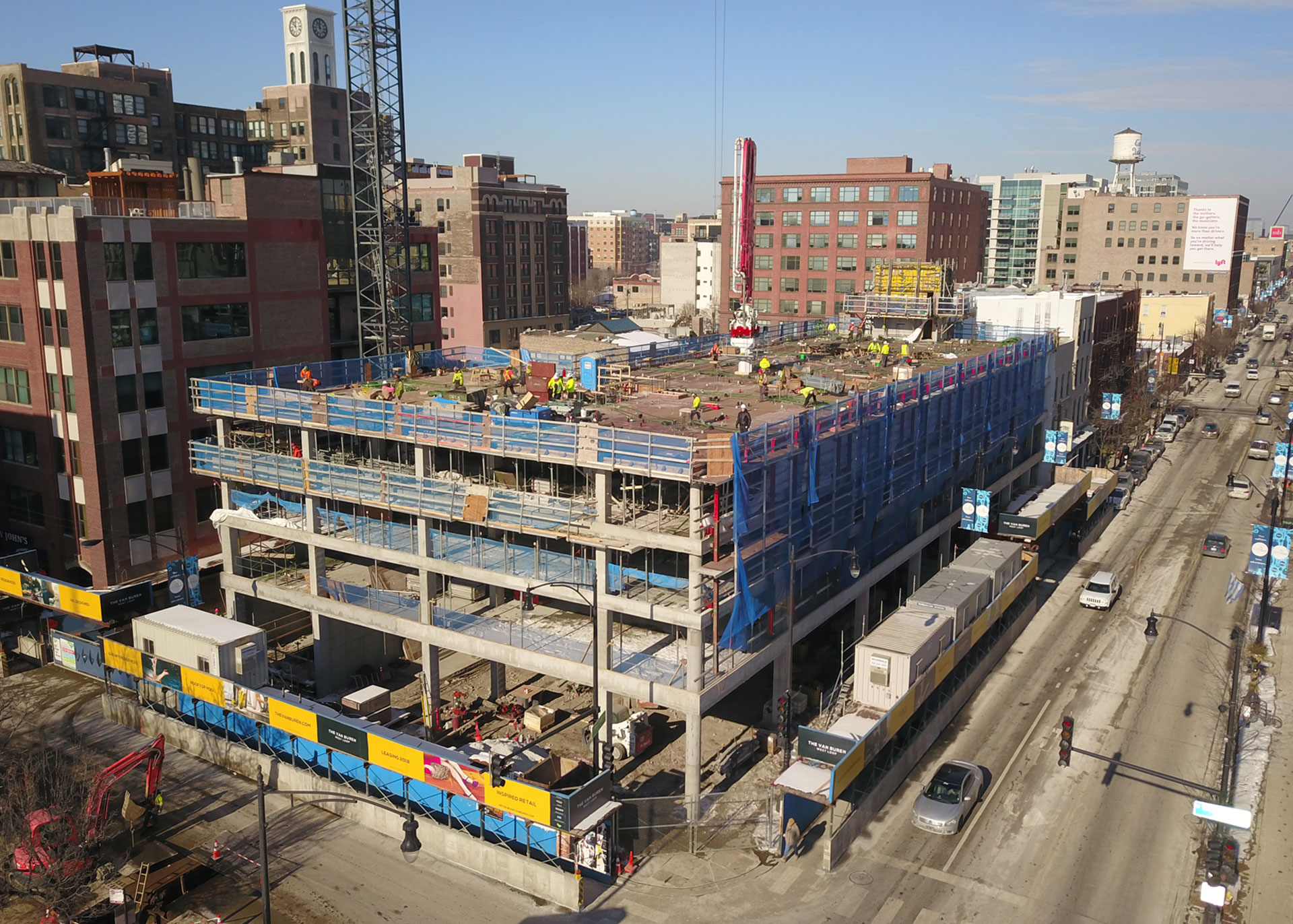 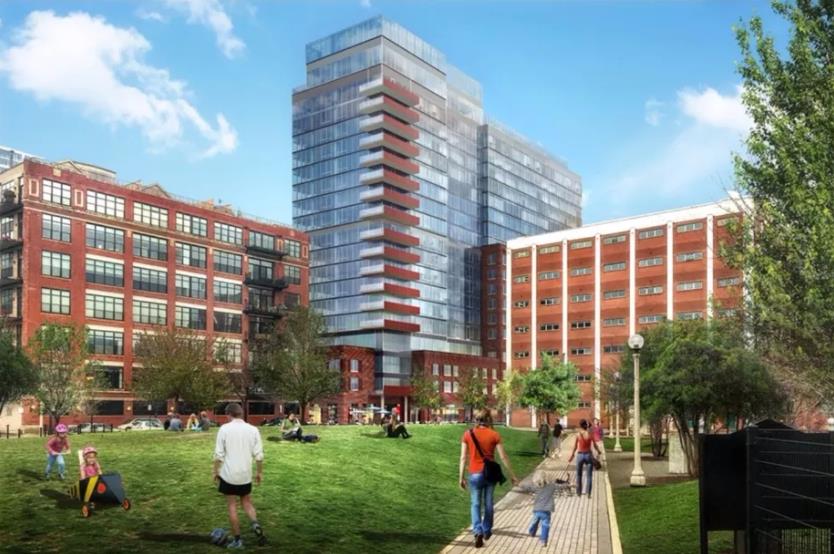 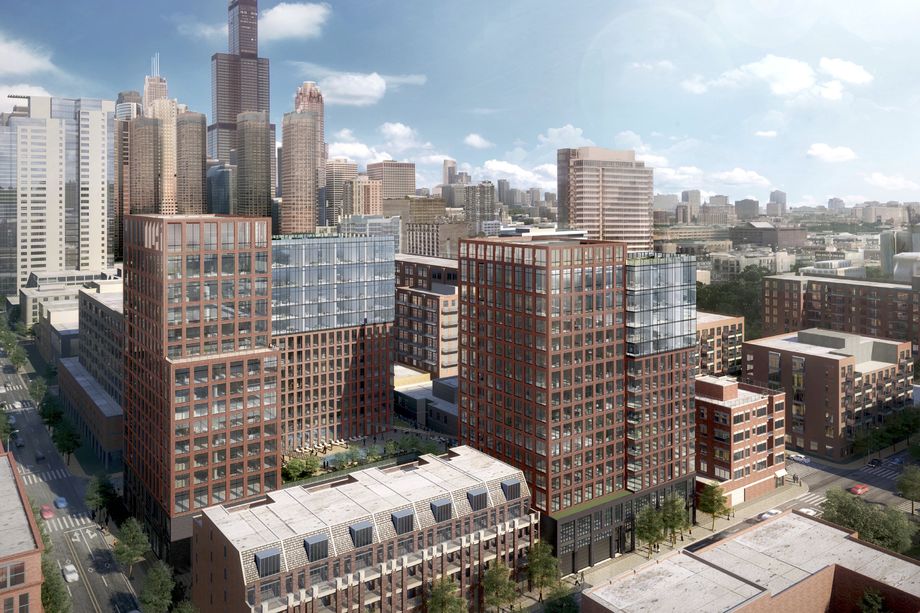