Canada based developer, Onni Group, has quickly dominated the Chicago luxury rental market. Between the successful lease ups of The Hudson in River North, three phase project at Old Town Park, and this year’s delivery at 369 Grand, Onni Group has become known for having the features in their buildings that everyone wishes they thought of. For instance, condo grade finishes in all their rentals, one bed floor plans that include fully enclosed dens and second bathrooms, convertibles that have balconies, divisible common co-working space before it was cool, and hot tubs that are big enough for multiple people to enjoy comfortably at the same time. 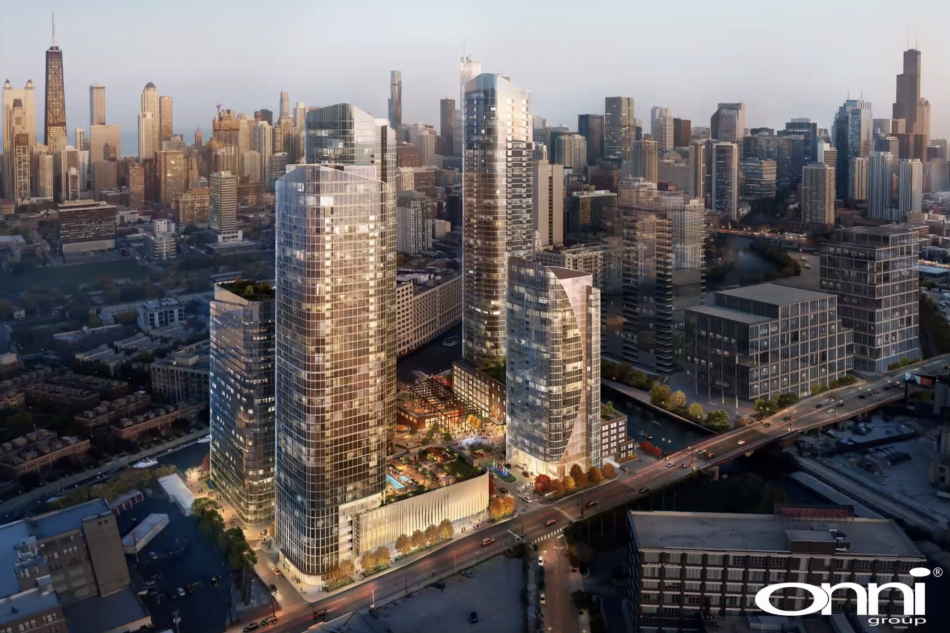 Rendering of Halsted Point, all images courtesy of Onni Group

Under the current proposal Halsted Point would bring five towers for a total of 2650 new apartments, hotel rooms, office space, retail, and even a grocery store, to a stretch of Halsted that has, until now, been primarily industrial. 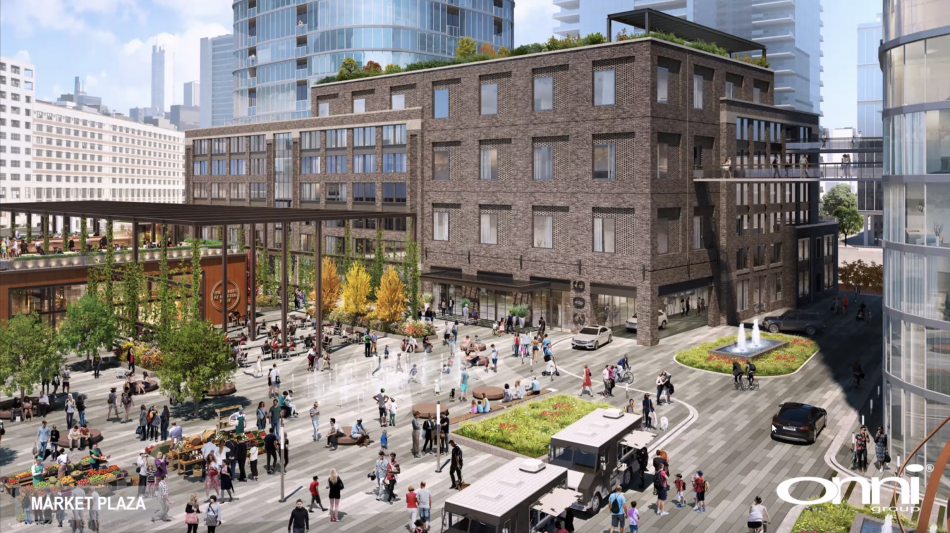 Plans also include public amenity and green spaces along the river as well as between the towers. 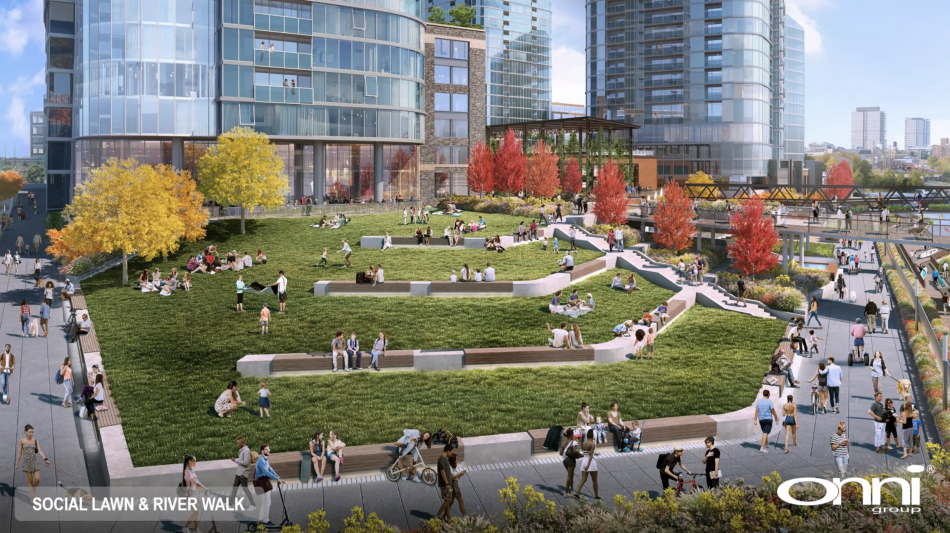 This stretch of Halsted, known as Goose Island, is the connector between River West to the west, River North to the east, Old Town to the north, and West Loop to the south. Just a few minute walk to the heart of each neighborhood, but on a quiet strip, itself, residents who eventually live in these new units will have arguably, one of the most desirable residential locations in the city. 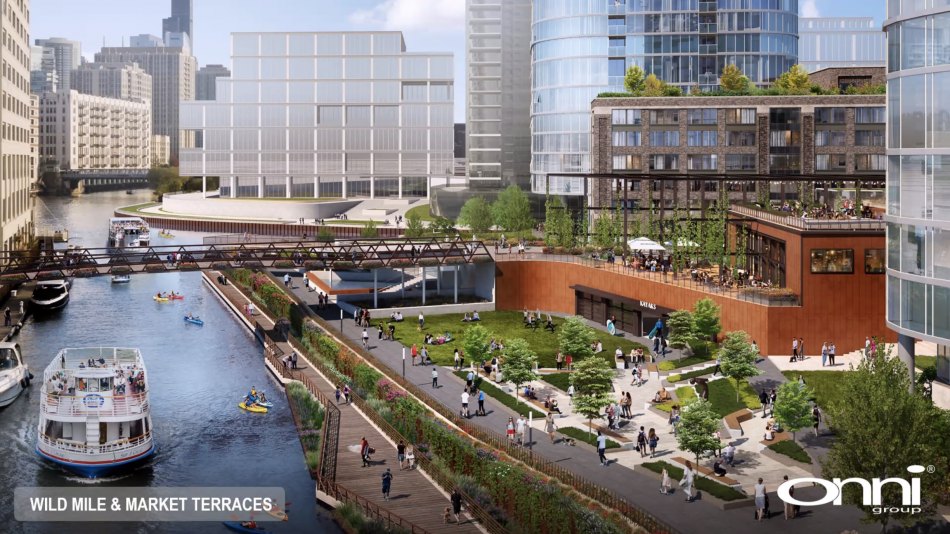 As it stands, Halsted Point will likely around 10 years to complete. Due to the size, scale, and lack of other development in the immediate area, Onni Group’s new development could effectively, create a new neighborhood. Although Halsted Point is yet to receive zoning approval, it seems to have the emphatic support of the area’s alderman. “When I was kid, growing up right over the bridge from, here we used to call this area ghost town,” said Alderman Burnett at a community meeting via Zoom. “Now this area is very vibrant. We’re allowing for some residential [development], some new infrastructure is getting built, and the riverwalk is getting enhanced. A lot of great things are happening.”

Halsted Point comes in a string of mega-developments that aim to make good use of the riverfront. Southbank, The 76, and Lincoln Yards are also massive scale projects along the river with similar compositions of residential units, commercial space, and public amenities.

Looking for luxury apartments for rent near downtown Chicago? Contact us today! One of our neighborhood experts will be happy to answer your questions and guide you in your search! We are now offering in person, self guided, and virtual apartment tours. Be sure to ask about move in specials!