The former West Loop Church of the Epiphany, at 201 S. Ashland, is being converted into one of the newest event venues and art centers. The high ceilings, mosaics, and historic windows add to the striking elegance and charm of this space, which will be used to house local art events and private events like weddings and rehearsals.

Courtesy of Epiphany Center for the Arts and Chicago Tribune

When owner and developer, David Chase, initially applied for liquor and entertainment licenses, West Loop residents had trepidation about what they interpreted as the conversion of this historic landmark into a nightclub. However, Chase explained that his vision for the site was to “not to profit, but to ‘activate’ something beautiful for the community that would preserve the architectural glory of the church”.

He explained plans to turn it into a single destination wedding and event venue and 42,000 square foot hub for a multitude of practicing artists, including several distinct spaces. These include Epiphany Hall, located in the venue’s sanctuary with capacity for 1000 people, The Sanctuary, an upstairs lounge with live magic and cabaret performances with a 100 person capacity, and The Catacombs, an underground space for live jazz performances that holds 400 people.

Chase has emphasized that he intends to keep Epiphany Center for the Arts open to the public as much as possible, with public live music and events booked on Sundays through Thursdays and weddings predominantly on Fridays and Saturdays.

The church was originally built in 1885 in Romanesque style, complete with a bellower and sandstone exterior. The historic West Loop gem was the site of many historically significant events, like the funeral of Mayor Carter Harrison Sr. following his assassination, an event profiled in Devil in the White City. 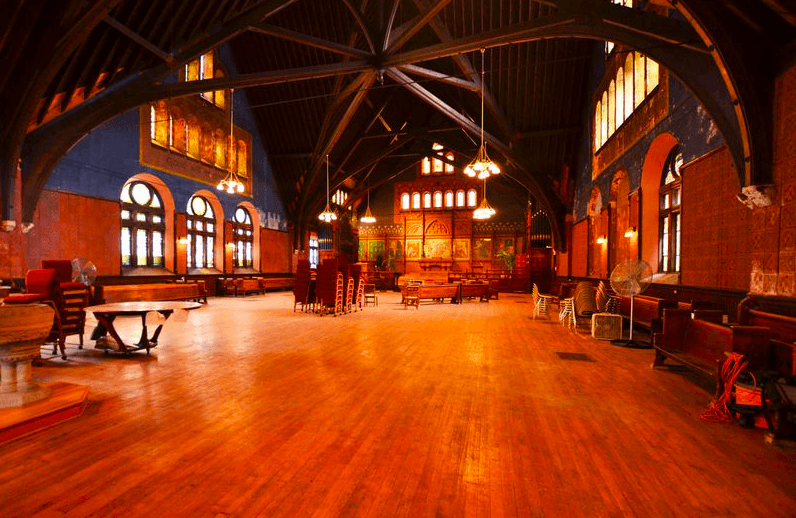