What Makes Lakeview A Great Neighborhood To Live In?

Anyone considering a move to Chicago would do well to investigate Lakeview, a neighborhood that pulses with energy and offers apartment hunters anything from vintage charmers to modern loft and condo spaces.

Here are some of the reasons that Lakeview is a great neighborhood to live in:

Not many spots in the city are better situated for access to all the things that make Chicago great. Lakeview is five miles north of the Loop. It hugs the most beautiful portions of the lakefront and a big chunk of Lincoln Park. O’Hare International Airport is only 30 minutes away. In a little more than an hour, you can be in Wisconsin or beaching it at Indiana Dunes National Park. And if you don’t want to use a car, you can access the CTA’s Red, Brown and Purple lines — plus a handful of bus routes.

The Great Chicago Fire in 1871 destroyed much of the city, leaving roughly a third of its residents homeless. Lakeview, established in the 1850s, lies north of the fire’s footprint and thus has some of the city’s oldest architecture.

Beyond its charming collection of frame Victorian, brownstone and greystone housing, notable Lakeview structures include:

Proximity to Lake Michigan is what gives Lakeview its name. A healthy segment of the Lakefront Trail — an 18-mile bike and pedestrian path — goes through the neighborhood, while Belmont Harbor gives you a local spot to dock your boat and Sydney R. Marovitz Golf Course a place to tee it up.

Lincoln Park, with its zoo, conservatory, abundance of public art and more, juts into the neighborhood at its southeast corner.

At the northern border lies Graceland Cemetery and Arboretum, an oasis of striking landscapes and stunning memorial architecture that was founded in 1860. Lincoln Park landscaper Swain Nelson had a hand in laying out the grounds. This amazing retreat from the surrounding urban bustle is the final resting place of such Chicago luminaries as Marshall Field, Cyrus McCormick and George Pullman.

Rock out at Metro. Enjoy the Michelin-anointed fare at Entente or Wood. Nosh your way up and down the Southport corridor from Coalfire (pizza) to Ella Elli (fine dining) to Jeni’s Splendid Ice Creams. Dance the night away in the LGBT community’s Midwest epicenter, Boystown, at Sidetrack, or get at Berlin. All tastes are catered to in Lakeview.

In this neighborhood, strollers are common. People flock to Lakeview’s western environs. Nearby Walter Payton College Preparatory High School is one of the jewels of the Chicago Public School system, as is Hawthorne Scholastic Academy.

Once you’ve decided Lakeview is going to be your neighborhood, you’ll want to find the residence that’s just right for you. Contact us today. We’ll be happy to help you find that perfect room with a (Lake)view. 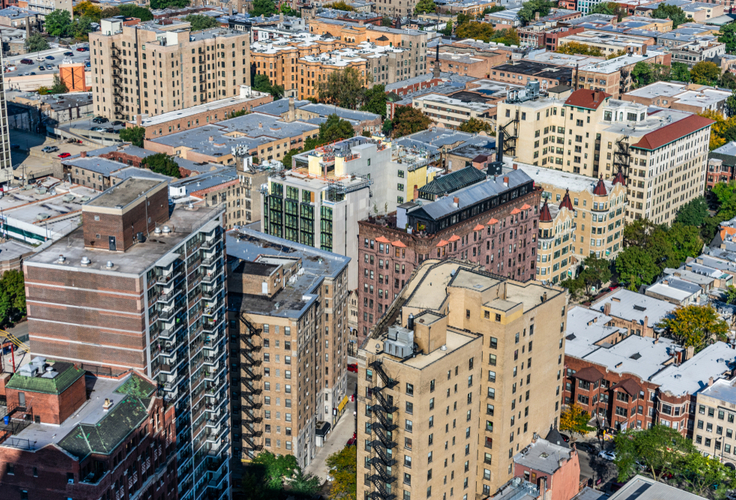