Onni Group is expected to deliver yet another spectacular building in the city of Chicago. This time, it’s a 38-story apartment redevelopment of the former Clark and Barlow Hardware store in River North. Three years ago, they proposed a 32-story apartment at the same location but have come back with a whole new design. Located at the corner of Grand and Orleans, it’s a highly sought-after River North area.

The new design tops out at 452 feet and is set to include 354 residential units and 11,000 square feet of ground level retail space with the addition of a new park on the sites Eastern perimeter. The design features a tall, sleek building with have glass facade with metal panels and material called Okoskin. The building is meant to mimic modular, contemporary loft style apartments that are around the surrounding area.

In the interior, residents can expect condo-grade finishes– a signature attribute of all Onni Group Chicago developments.

Onni’s Brian Brodeur has said that 353 W. Grand is expected for delivery within the next two to three years. Onni Group has a successful River North lease up under their belt with The Hudson. They are currently continuing their redevelopment of Atrium Village and delivered Old Town Park earlier this year.

Looking for luxury apartments for rent near River North? Contact us today! We’d be happy to keep you in the Loop! 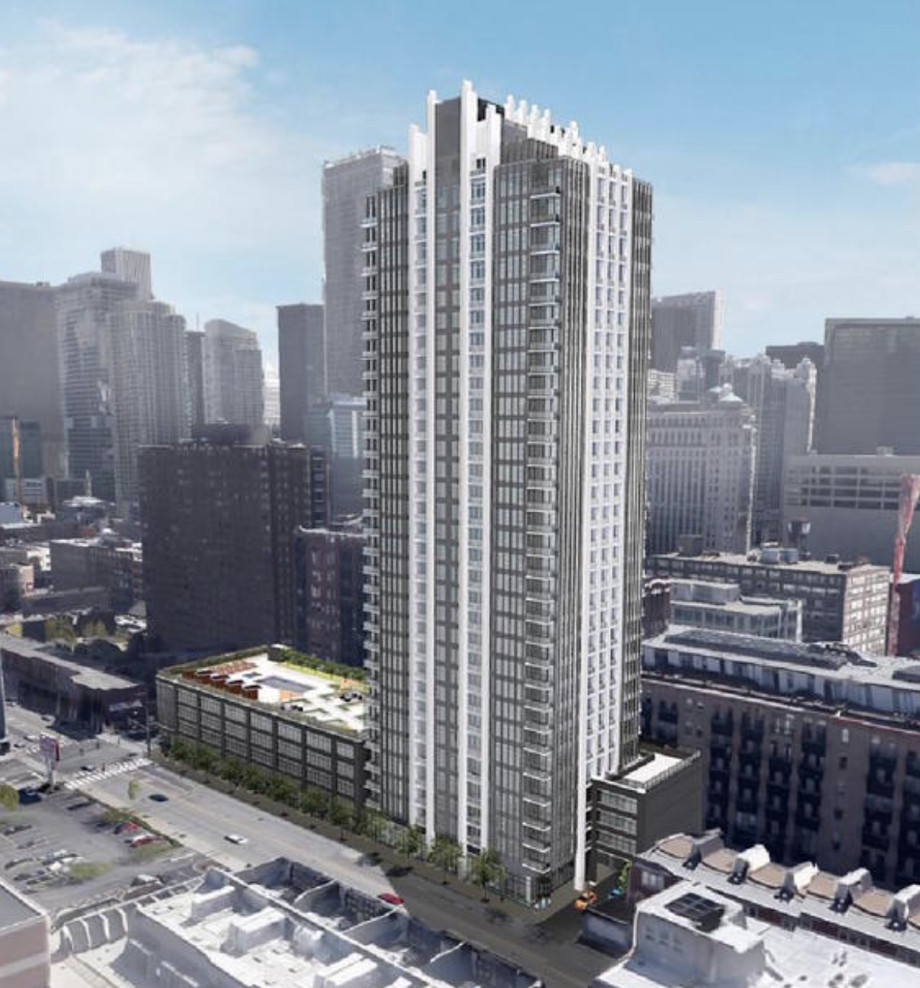