The booming development of Chicago’s South Loop neighborhood is soon to be welcoming yet another apartment building to its area. Known as Alta Grand Central, it was officially announced earlier last month in a single instagram post with the building’s rendering.

Alta Grand Central will be developed by both Chicago-based D2 and Atlanta-based Wood Partners and will feature a new two tower, 14-story apartment building with a sleek, glassy exterior. The towers are designed by Pappageorge Haymes Partners, who also designed the neighboring South Loop development, Alta Roosevelt, which was delivered last year. If the Grand Central development is anything like Alta Roosevelt, we can be sure it will be a success!

The towers are conjoined in the middle, offering great space in between the buildings. With the glassy facade, it’s expected to offer impeccable floor-to-ceiling windows showing off incredible city views. Private balconies are also featured in the buildings exterior rendering as well. The medium-sized building is slated to offer 346 new rental residences.

Located at the intersection of Wells and Harrison, it’s a bustling location with a plethora of activities to offer to future residents. Great restaurants offering a wide array of cuisine options line the South Loop streets, perfect for any foodie. There are three major grocery stores and three CTA L lines within blocks of the development. 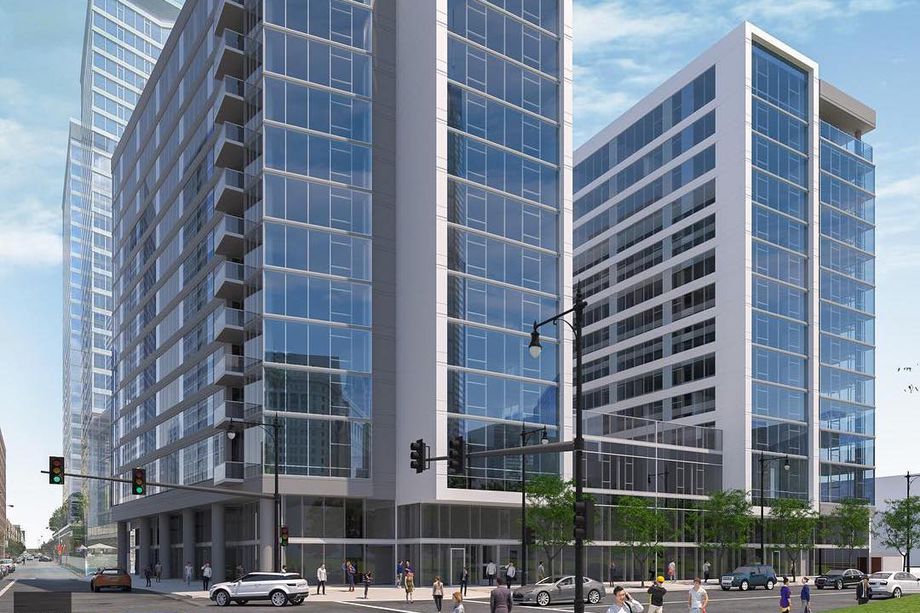