Chicago may be among the most bike-friendly cities in the country, but its residents embrace running as well. With a running season unofficially bookended by the Bank of America Shamrock Shuffle 8K in March and the Chicago Marathon in October, interesting and available running trails are a year-round must for the many residents training for their big race.

Fortunately, many neighborhoods have access to lovely and lively running trails. Here are a few favorites:

Lincoln Park — At 1,188 acres, Lincoln Park offers runners a patchwork of trails that take you past or through a zoo, a stunning nature sanctuary, five playgrounds and an archery range, as well as by statues, a conservatory, a lagoon and a museum. Residents from the Gold Coast, Old Town and Lincoln Park can easily access the trails. A simple loop from the south fields, past the south lagoon, around the zoo and down Stockton Drive will put you in 5K range.

Chicago Riverwalk — Though it can be a bit crowded with pedestrians and construction on its eastward expansion is ongoing, the Riverwalk is great for a quick run through a canyon created by some of Chicago’s signature architectural achievements. Its south bank route is through Lakeshore East, and the Loop, but just across the river are Streeterville, River North and the West Loop. Out and back over its entire length — from Lake Shore Drive to the confluence of the river’s branches near Randolph Street — will get you a roughly 3-mile run. If you want to amp up the cardio, run the Michigan Avenue stairs.

Lakefront Trail — As of December 2018, what had been an 18-mile combined use trail has been divided into an 18-mile bike path and an 18.5-mile pedestrian trail. Essentially all of it is sandwiched between Lakeshore Drive and Lake Michigan, with stunning views throughout. The Lakefront Trail stretches from 71st Street on the South Side to Ardmore Avenue on the north, but the most magnificent miles might be where it skirts the South Loop. This leg takes runners past McCormick Place, Northerly Island, through the Museum Campus and along Grant Park while offering iconic skyline views.

Jackson Park/Midway Plaisance Park/Washington Park — The annual Chicago Half Marathon starts and finishes in Jackson Park, where the Lakefront Trail begins. This 500-acre eastern border of the Hyde Park neighborhood still holds remnants of the 1893 World’s Fair and is the future home of the Barack Obama Presidential Center. Runners with a love of Gothic architecture will pass natural beaches and bird sanctuaries to reach the Midway, a mile-long swath of green through the University of Chicago campus that connects to 372-acre Washington Park. This run is roughly three miles from the center of Jackson Park to the Center of Washington Park.

There are a lot of places to find luxury living in Chicago — if your definition extends only as far as the walls of the building in which you live. But being in a neighborhood that urges you to get out and break a sweat, to remain vital in a vital city, is a luxury worth prioritizing. 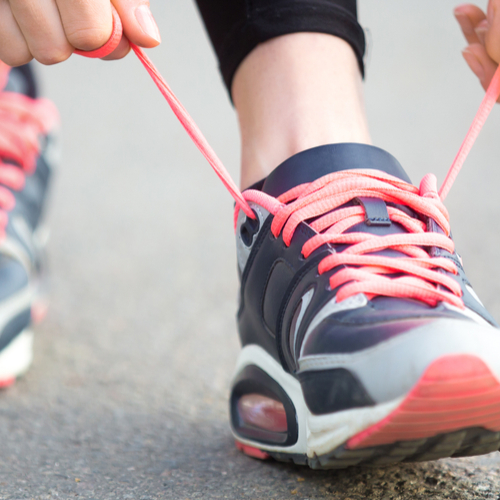