Megadevelopments, or grand-scale developments combining residential, commercial, and public use amenity components, have been the trend as of late. One Central is one such megadevelopment in the pipeline with a transit-based focus. 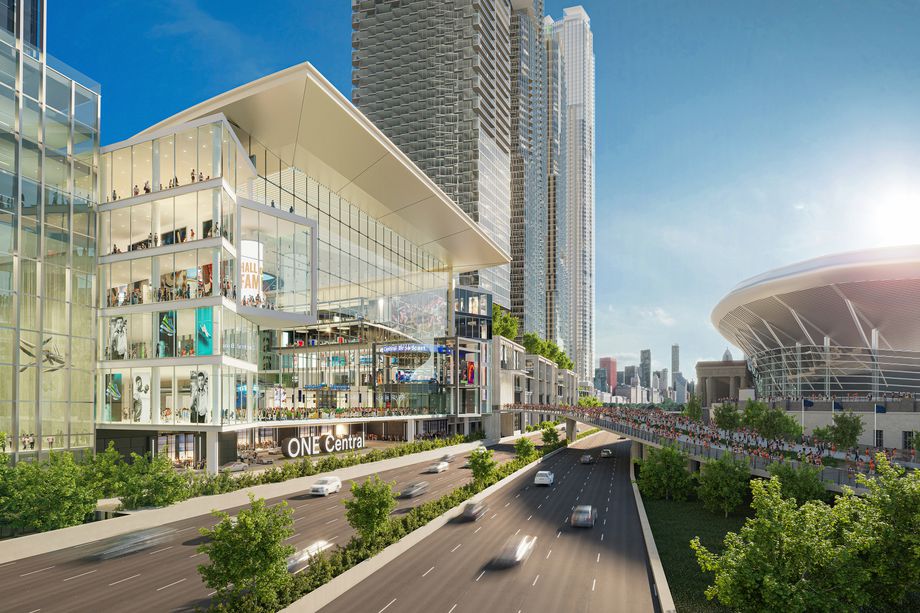 In an interview with the Sun Times, Bob Dunn, president of Landmark development, says he looks at the transit hub as “being transformative for the next generation”. He explained that the 3.8 billion dollar transit project would be a game changer in Chicago transportation by connecting the Metra (which mostly services Chicagoland suburban commuters), the CTA (which services neighborhoods of Chicago proper), the Amtrak (which services neighboring suburbs as well as other states), and a new fourth transit line that would connect McCormick Place convention center directly to downtown. Dunn projects this new hub where the four transit lines would converge would eventually serve twice as many people as Union Station currently does and went on to frame One Central as “a civic project” because of all the people it would serve. 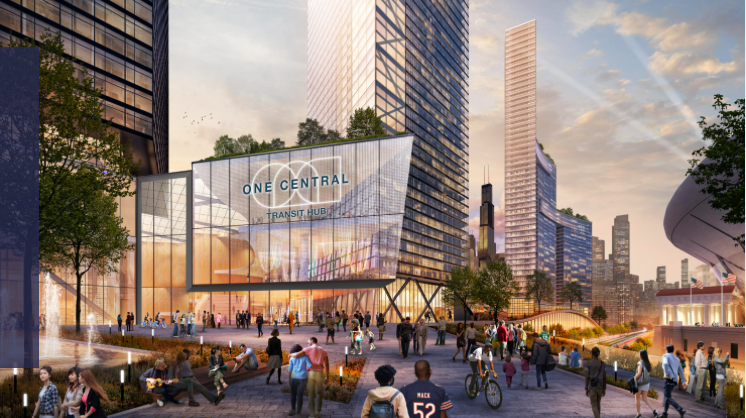 A new factor in the equation of One Central is the Chicago Bears’ decision to move their stadium to suburban Arlington Heights from their current stadium at Soldier Field, adjacent to the site of One Central. Although there is hardly any concrete information on what’s to become of Soldier Field, given Dunn’s existing plans for the surrounding area, one can speculate he’ll have a vision for the space. 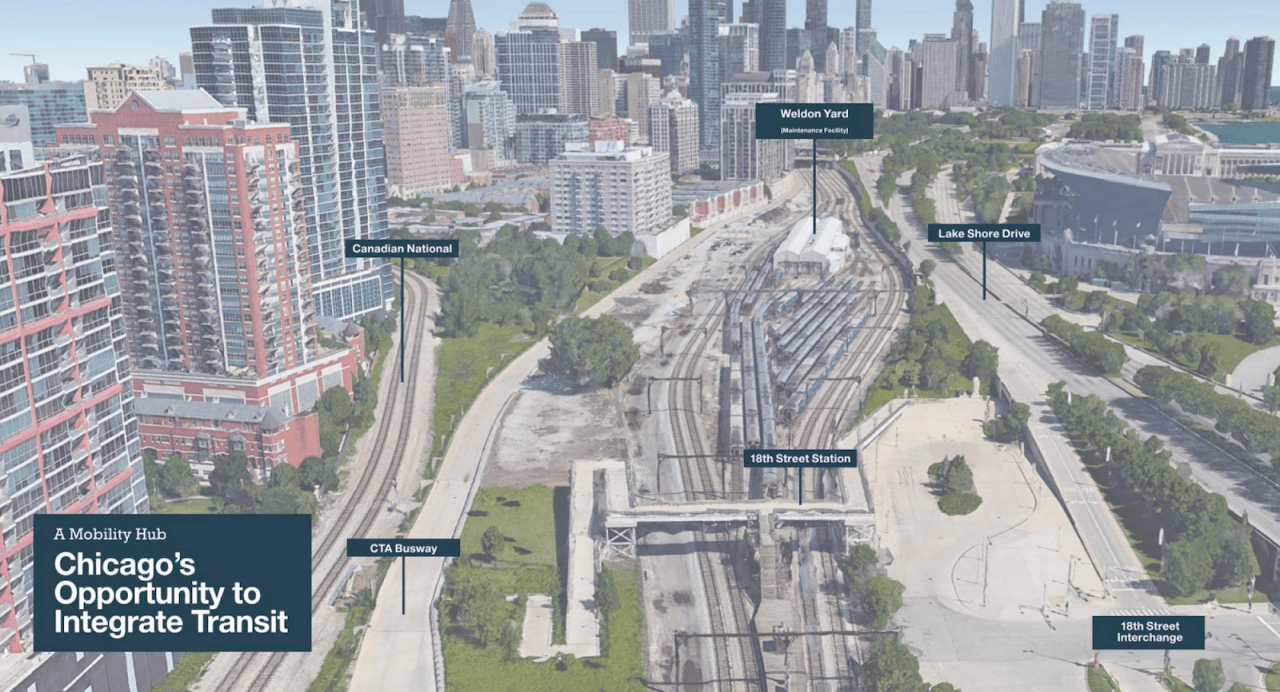 A rendering showing context for the site of One Central, courtesy of Landmark Development

Looking for luxury apartments for rent near the South Loop? Contact us today! One of our neighborhood experts will be happy to answer your questions and guide you in your search! We are now offering in person, self guided, and virtual apartment tours!