The last few years have been big for River North development, and it doesn’t show signs of slowing up anytime soon. Here are some of the most highly anticipated residential rental developments under construction in River North this year.

Wolf Point East is the second of three Wolf Point towers in the development. The first completed tower, Wolf Point West, is known for its breathtaking river and skyline views, club-grade amenities, spacious layouts, and prime location at the intersection of River North, Fulton River District, and the Loop, just across Wacker Drive. However, the fact that the Wolf Point development is surrounded by the river on three sides as well as a four acre riverfront park gives it a tranquil feeling despite its central location.

One Chicago is a massive 78-story, two-tower development featuring both residential and commercial space. The 810 dwelling units will be a mix of for-sale condos and rental apartments. In addition to ample office space, One Chicago has reportedly locked in Whole Foods Market and Lifetime Athletic Club as anchor tenants in its commercial space.

This new River North high-rise is one of several buildings Vancouver based developer Onni Group has in the works in Chicago. Following the big success of their first Chicago development, The Hudson in River North, and last year’s Old Town Park Phase I, Onni is currently developing Old Town Park Phases II and III, as well as 353 W Grand. This 41-story high rise will offer 356 rental apartments, retail space, and a small park along Orleans Street. Onni is known for delivering high quality finishes, condo grade appliances, thoughtful layouts, and spa-inspired amenities. Although little is known about 353 W Grand, there’s no reason to think this project will be any different.

Last year, Cedar Street Companies’ conversion of Bush Temple of Music into Bush Temple Apartments, 101 studio and one bedroom apartments, was a big hit in the neighborhood. This year, Cedar Street is adding a 16 story glassy addition, complete with 129 rental units and a rooftop pool. Residents of the addition will have full use of the outstanding fitness center (and full sized boxing ring) at the original Bush Temple development.

Looking for luxury apartments for rent near River North? Contact us today! We’d be happy to keep you in the Loop! 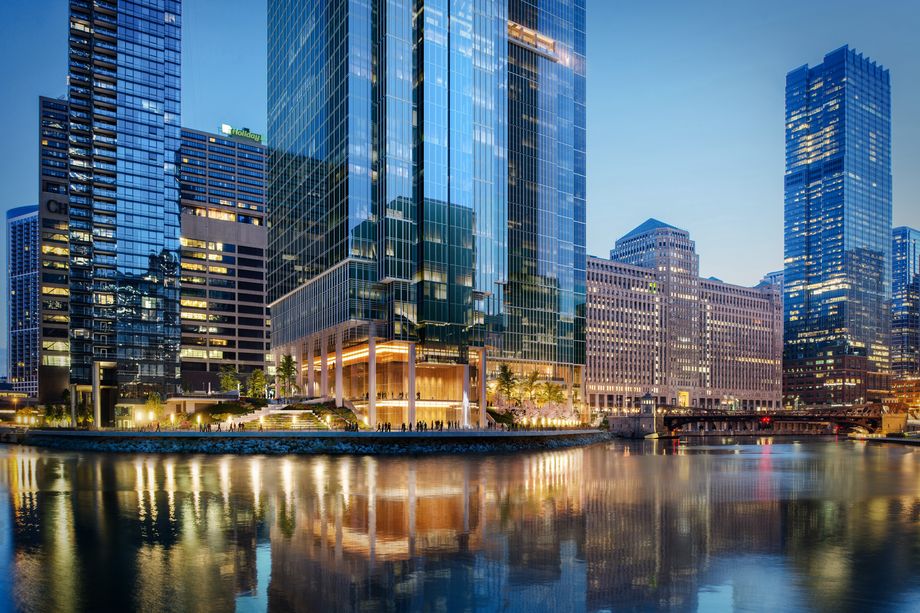