Your Guide To Moving To Chicago

Of course you’re thinking about moving to Chicago. It’s one of the world’s great cities.

With its glorious lakefront, year-round pro sports, thriving music and theater scenes, iconic architecture and more, Chicago makes it nearly impossible for a newcomer to go wrong when lining up a place to live in a bustling luxury real estate market. But there are varying degrees of right, and finding the perfect place for you in Chicago is mostly a matter of prioritizing its many pluses.

Here is a guide to the various vibes that characterize Chicago’s best neighborhoods:

Craving culture?: The Loop and neighboring South Loop offer some of the most breathtaking views of Lake Michigan, Grant Park and Millennium Park — and lining up a high-rise space in either neighborhood will put you steps from a downtown office job. You’ll also be steps from Lyric Opera, the Theater District, Art Institute of Chicago and the Museum Campus — featuring Field Museum of Natural History, Shedd Aquarium and Adler Planetarium — plus Harold Washington Library (Chicago’s main library branch) and Chicago Cultural Center.

Mighty neighborly: If sitting on the stoop in front of your gorgeous brownstone on a narrow, tree-lined street fits your image of urban life, consider Old Town or neighboring Lincoln Park. Beloved, long-running street fairs such as the Old Town Art Fair, Wells Street Art Fair and Sheffield Garden Walk dot the social calendar. Zoo Lights even make winter nights wonderful at Lincoln Park Zoo. Great pubs, blues and comedy clubs let you rip it up even when you’re dressing down.

Luxe life: Covering the roughly two miles between the south edge of Lincoln Park and the north border of Millennium Park, Gold Coast, Streeterville and Lakeshore East define Chicago’s poshest populations. In these neighborhoods, day-to-day life includes shopping the glam boutiques of Oak Street and the Mag Mile, taking high tea at The Drake, and mixing with the tourists flocking to Navy Pier and the Bean. Gold Coast is home to Chicago’s oldest lakefront mansions and most iconic luxury high-rises, Streeterville has residents looming over Navy Pier, and Lakeshore East is a booming development of glitzy new towers tucked on the south side of the Chicago River at Lake Michigan.

Cutting edge: River North is what happens when an artists’ colony grows up — great galleries and inventive dining vie for attention from loft-dwelling denizens, many of whom make their living in the area’s design and production companies. West Loop, revived from a former warehouse district, is newer, a bit grittier and every bit as hip and artsy as its chic older sibling. From your home base in either neighborhood, you’re likely to grab drinks by the river and dinner on Randolph Street’s restaurant row. Living here, you’ll get the feeling these neighborhoods are no more than five minutes from everything — and for the most part, you’d be right.

Whether you’re a Bears or White Sox fan looking for a spot in the South Loop, a Cubs fan longing for a place in Lincoln Park, a Bulls or Blackhawks fan hoping to land in the West Loop, or just a fan of fine living, Downtown Apartment Company is the ultimate resource for finding the right apartment in the right neighborhood. Call us now. 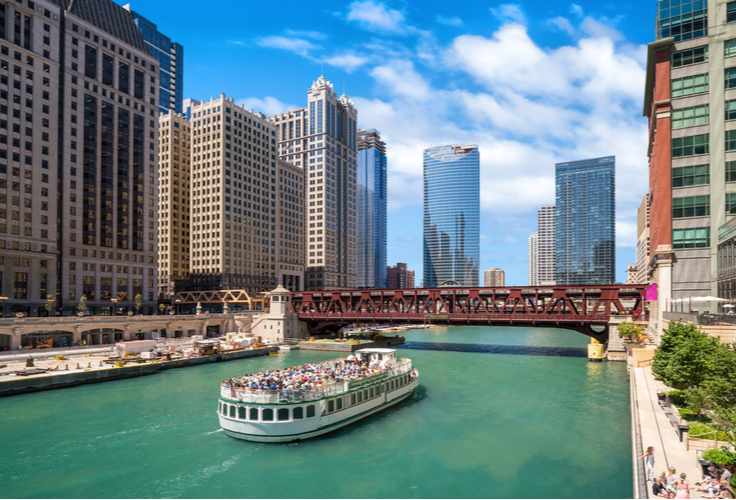