845 W Madison sits in a prime West Loop location– less than a block from neighborhood favorite, Mary Bartelme Park, two blocks from the trendy “Restaurant Row” strip on Randolph Street, and just three blocks from Fulton market, the highway entrance, and blue line to O’Hare and the Loop. 845 W Madison is also less than a block from Whole Foods and Mariano’s grocery stores. The development is just up the street from last year’s 727 W Madison high rise, known for being the tallest building downtown west of the highway.

This new West Loop apartment building will include 586 rental units, featuring one, two, and three bedroom apartments, as well as 10,000 of ground level retail space. Additionally, 845 W Madison will include 14 rental duplex townhomes, each with a private entrance.

The two towers will rise 15 and 17 stories and will be connected by a two level podium which will contain the retail space as well as parking. An amenity deck will sit atop the podium and will be shared between the two residential towers and townhomes. The amenity deck will include an outdoor pool, lounge seating, grills, fire pits, and open green space for residents. Other building amenities will include a fitness center, co-working space, recreational courts, a game room, and other common space.

845 W Madison is slated for completion Summer of 2020 and is being developed by Lendlease Development and The John Buck Company and designed by GREC Architects. The site was home to H2O Skincare before the company moved its headquarters to San Francisco. 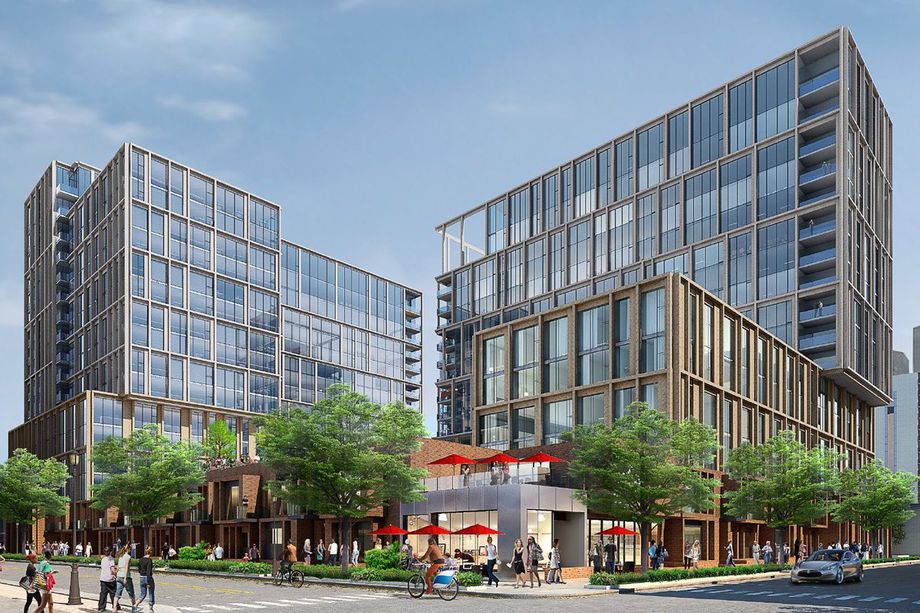