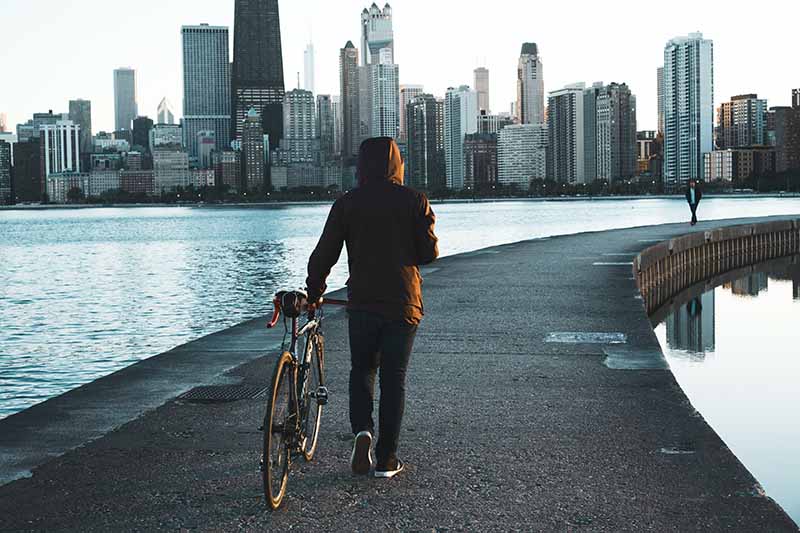 In 2016, bicycling.com named Chicago its “Best Bike City in America,” and the city has been turning up in similar rankings for decades.

That will happen in a town with more than 15,000 bike racks, and where the number of bicycle commuters more than tripled from 2000 to 2017.

Chicago’s biking bona fides go way back. In the late 1800s, roughly two-thirds of the nation’s bikes were built within 150 miles of the city, which was home to a young entrepreneur named Schwinn.

In 1971, Mayor Richard J. Dailey unveiled a 34-mile bike route. The next year, he added rush-hour bike lanes in the heart of downtown.

In the 1990s, Mayor Richard M. Daley expanded on his father’s vision, creating the Mayor’s Bicycle Advisory Council. The next decade saw more than 100 miles over bikeways constructed or improved and thousands of bicycle racks installed. 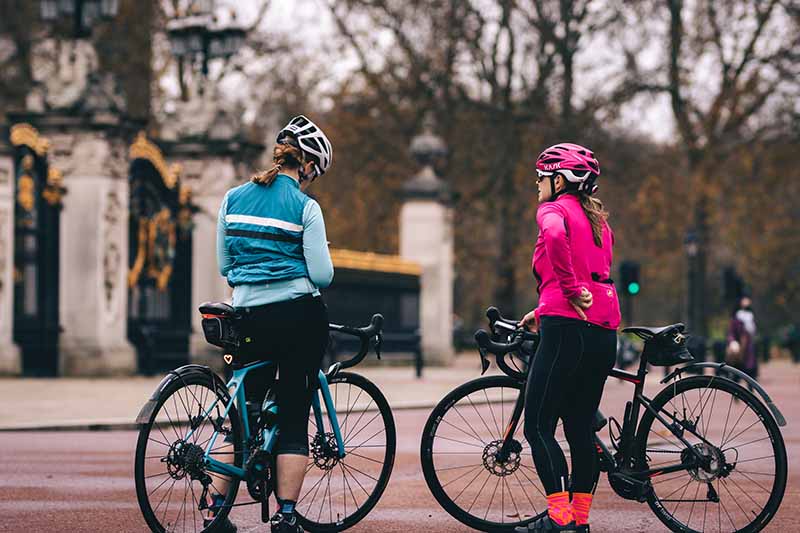 Best of the Best

While the city as a whole is good for biking, some areas are better than others. Prime neighborhoods include:

Wicker Park/Bucktown/Logan Square: The 606 trail touches each of these communities, which also benefit from proximity to the Milwaukee Avenue Spoke Route, one of seven such routes providing continuous bike routes to downtown.

Lincoln Park: There’s the park for which it is named, easy access to the 18.5-mile Lakefront Trail and the Clark Street Spoke Route, just for starters.

South Loop: Grant Park, the Lakefront Trail, Northerly Island and the Museum Campus make for some of the most scenic rides in the city — and your commute will likely be short and sweat-free.

What Makes a City Bike Friendly?

Well, one thing that works in Chicago’s favor is that it’s flat. Even while there are some terrific mountain biking areas within a short drive of downtown, Chicago’s even terrain takes the interval training aspect out of casual rides and daily commutes alike. For mountain biking areas, check out the Palos Trail System in the Southwest suburbs or Kettle Moraine State Forest in Southern Wisconsin if that’s what you prefer.

However, there are many more things to consider, such as:

Security. With 200 miles of on-street protected, buffered and shared bike lanes, and a magnificent variety of off-street paths, Chicago is a national leader in staking out spaces for bicyclists.

Accessibility. Divvy, Chicago’s ride-sharing program, has 600 stations and 6,000 bicycles available throughout the city. Mayor Lori Lightfoot’s 2021 Five-Year Capital Plan includes $37 million for additional improvements that would move Chicago closer to former Mayor Rahm Emanuel’s goal of having every Chicagoan live within a half-mile of a bike path.

Culture. Do city officials embrace biking? From the first Mayor Daley on, that has been a resounding yes in Chicago. Do cyclists have the routes and access to shops and pit stops that feed the desire to get back in the saddle? Absolutely — from the stunning vistas of the Lakefront Trail to the culturally immersive 606 (replete with art installations, observatories and educational programming), to one of the largest bike shops in the nation (Old Town’s Village Cycle Center), Chicago has you covered. 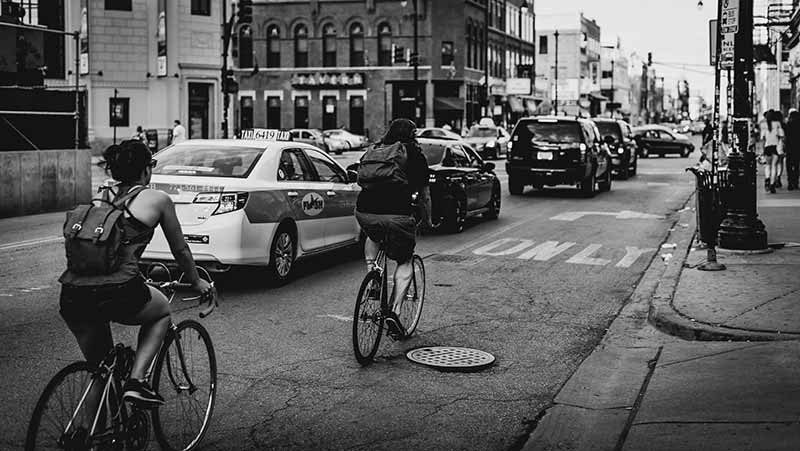 If you’re asking, “Is Chicago bike friendly?” make friends with us. The best way to ensure you’re going to get the most use out of your bike in Chicago is living in an area — and an apartment — that embraces bike culture. Downtown Apartment Company knows the neighborhoods and the housing inventory in each. To get a head start on your life in the bike lane, check out our listings here.