Residential development in the West Loop has continued to boom, especially for Naperville based developer, Marquette Companies. I had the pleasure of sitting down with Darren Sloniger, President and CIO of Marquette, to hear more about the big vision they’re bringing to the neighborhood and what to expect. 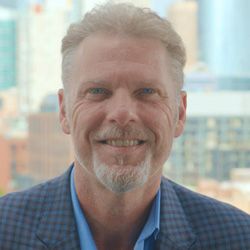 From the successful lease up of The Mason, current projects at 1400 and 1440 W Randolph, plans to revitalize Union Park, and plans for 140 N Ashland Ave, it seems like Marquette has a big vision for the west part of Fulton Market. Can you talk a little about Marquette’s big picture plans for the area?

Our first project in the West Loop was Catalyst Chicago (2013). That was before the West Loop was the cool area it is today and before Google and McDonalds announced their offices. We were really first to the table, and as a result we just crushed it.

The development in the west portion of Fulton Market started with The Mason. I was sitting across the street at Smyth and having dinner with my wife for our anniversary. We were sitting near the window and I looked over at this lot and thought it was really incredible. Most other developers were east because zoning wise you could get the most height and density on Halsted up to the highway. So the thesis was “let’s jump all the way to the west where it will have more of that neighborhood feel”. We were banking on the fact that there were people who wanted to live in Fulton Market but preferred more of a neighborhood feel over a high density one.

At the time, it was very pioneering to come this far west, so I needed to do a few things to help give people a sense of place. One of those things was the landscape lighting on the parkway trees along Ada Street. The idea is rather than doing blaring security lights, you create an ambiance.

Then, I noticed most Mason residents would walk all the way to the Morgan CTA station instead of just a couple blocks west to the Ashland station. The other under-utilized feature of this area is Union Park, one of the largest neighborhood parks in Chicago. That’s what made me decide to take on this whole area and really create a sense of neighborhood.

My first acquisition was the BellyQ site, which is 1400 W Randolph, then the next site along Lake so we could give that stretch of Ogden a pedestrian feel. We’re doing the tower on the south side of the site, and on the north side of the site we’re putting in one of the largest residential dog parks.

I also just signed an 11,000 square foot restaurant for the base at 1400 and Ogden with one of the top restaurateurs in Chicago, then across the street we just got a letter of intent for a 50 unit hotel with a bar by the same operator as the restaurant at the base.

Most recently, the opportunity came up on the other side of the street to purchase 140 N Ashland. I realized this was a great opportunity to have a development right on the park and revitalize that particular block. So the idea is now we’ll be able to create that same sense of place all the way down to the Ashland Street station by putting in those well-lit parkway trees and foot lamps, and we hired Disney Imagineers to do a whole animated light installation at the corner of 1400 and Ogden, so it creates a neighborhood ambiance in the area.

To me, 140 N Ashland was the final piece to the puzzle in the creation of a neighborhood. 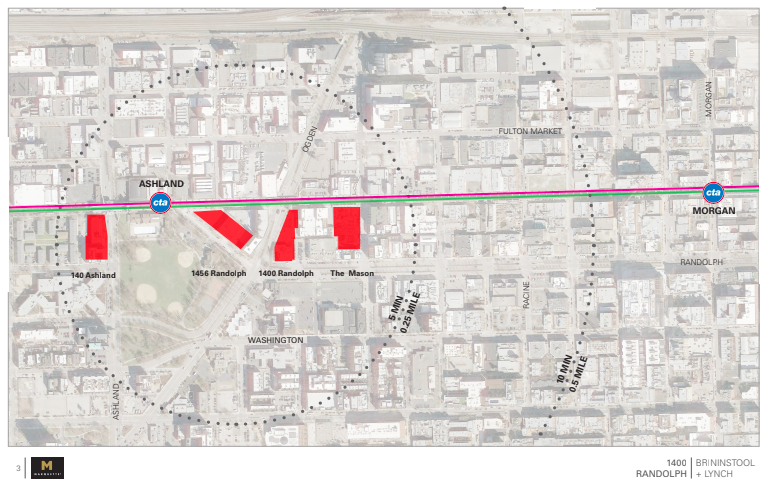 Are there any types of commercial tenants that are particularly helpful for creating that neighborhood feel or that tend to get renters excited about the area?

I’m not ever looking for a national tenant. I’m always looking for a local expert and to activate the base with a neighborhood style bar or restaurant. To be able to bring in a local Chicago operator for this restaurant is great and the operator I’m bringing in for this hotel is a local Chicagoan, too.I like to create the place you want to hang out, that local place that’s in your neighborhood where they know your name.

For the operator we’re talking about bringing in at The Mason, he operates a little outdoor bar in the suburbs where my wife and I go. We were talking one day and he mentioned wanting to open a place in Fulton Market, so that worked out really organically. I always have in my head what I’m looking for and what I want so when the opportunity arises we’re ready for it. I don’t ever force it.

Can you tell me a little about Atrio and why you’re optimistic about development in the Illinois Medical District?

The site was a concrete building with about 32 building code violations when we started. The idea was not only could we rehab it affordably to keep the rents lower, and that people would want to live there since it’s the only residential building in the area, but we would also be able to get the FAR (floor area ratio) we needed to develop two other buildings. The Medical District was really on board because the existing building was right at the neighborhood gateway and it wasn’t a pretty building.

Before and after of 1926 W Harrison, now Atrio Apartments. Rendering courtesy of Brininstool + Lynch.

Upon completion of the project we’ll have the 272 unit rehab,a 280 unit 24-story tower, and a 9-story 120 unit residential building with 30,000 square feet of medical offices and another 15,000 square feet of retail on the corner of Damen and Harrison.

What trends have you noticed in terms of the finishes and amenities renters look for in the West Loop in 2021?

Believe it or not, I don’t really focus on trends or what other buildings are doing. If you’re truly building a unique product with a unique vibe then you don’t have to worry about that. People either want to live there or they don’t and you’re going to attract people based on what you’ve created. I’m focused on creating great space.

There’s no detail of a building I’m not involved in, down to the baseboards. Being intricately involved in the design is important to me because building great spaces is in every detail. So I can vividly remember the day I picked out these floors from Merchandise Mart or these stools (referencing the stools in the resident bar area at The Mason) I picked out when I was with my wife shopping and had been trying to find one that was grey, narrow, and really, really comfortable…so I’m always on the lookout when I’m in design mode. Another example is the co-working space. We have individual offices plus multiple conference rooms that can be reserved. We figured why not bring a WeWork type concept here. There weren’t many people who had done it when we first did it. 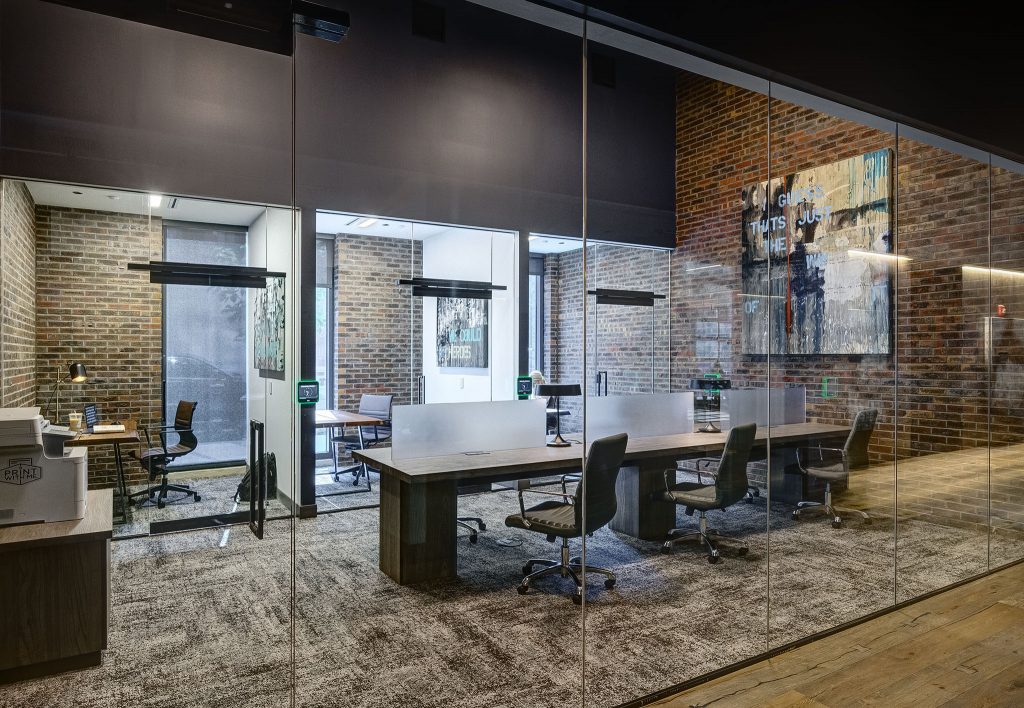 Co-Working Offices at The Mason, Courtesy of Marquette Management

In 1400 W Randolph for example, I’m really focused on making it a health and wellness building. We invested a lot in the ionization air purification system, which has proven results against COVID, touchless everything, broke the fitness areas into three different places, and added a meditation room.

That’s how it happens– I’m really thinking through every detail of the environment and making it attractive for people who want to live here. It usually flows organically into what we’re trying to do.

*Interview has been edited for clarity.